The Market Drayton Rifle Club of today can trace its heritage back to 1906 as the Market Drayton Volunteer and Civilian Rifle Club.Records held by the club,dating back to 1906,showed Corporal G Hall of the Club shooting in the first Queens Cup competition (now the Queen Alexandra Competition), and receiving his medal from Queen Alexandra in 1907 at Buckingham Palace having finished in the top 20

The early 1900’s had seen a significant growth in civilian target shooting, as on returning from the wars in South Africa, Earl Roberts recognised that the marksmanship of the Army needed improvement, He was a significant motivator in the establishment of the Society of Working Men’s Rifle Clubs which in 1903 became the Society of Miniature Rifle Clubs (today the National Small-bore Rifle Association). The aim of these Clubs was to promote marksmanship in the civil population for defence of the realm in time of war. This would be achieved with the new low-cost miniature (0.22 calibre) rifles and it was to this organisation the Club became affiliated

The Club has now been in semi continuous existence since formation and has shot at a competitive level throughout the period. Shooting started in the Old Brewery, then moved to the Old Grammar School Range, in the 1970s it moved to the Maurice Chandler Sports Centre but in the 1997 this was made uneconomical. After a period shooting at a TA Centre in Shrewsbury in the winter and in the summer at the Baldwins Gate ranges in North Staffordshire we returned to the Maurice Chandler Sport and Leisure Centre and enjoy the range facilities five nights a week.

The club today has evolved from those early day of military marksmanship and our focus has become the Olympic sport of competitive target shooting primarily in the disciplines of prone small-bore rifle, light weight sport rifle and gallery rifle shooting at targets distanced between 20 and 100 yards. We shoot mainly postal competitions in which targets are shot at our club range, taking part in national and local competitions. Over the winter months we now have over 50 competition targets being shot each week. More details of these activities are shown on separate pages. 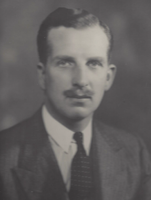 During the war years 1914-1918 and 1939-45 the Club dissipated. However, the thread of its history was picked up in 1947 when a group of former Army and Home Guard members assembled under the chairmanship of Brigadier A.G.W. Heber-Percy, to practice the sport and continue the fellowship that had been established over the war years, and thus the club was reformed.